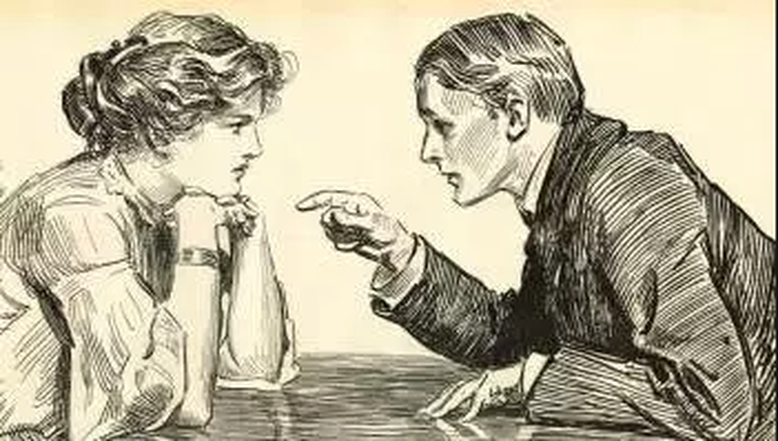 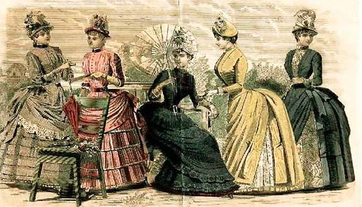 Women in early Victorian Era Great Britain faced challenges related to gender, their only value being to attract males, produce children, and take care of the home. They were expected to conform to these gender norms, or suffer the societal consequences. Men looked at them as if they were less, and were very controlling and jealous whenever women stepped "out of line" as determined by the men in society. We see this in the literature of the time, like in Robert Browning's "My Last Duchess," where the husband is narrating the statue he has in his home, implicating the murder of his wife due to his jealousy and anger toward her attention to men and his lack of control. He claims she was ungrateful for his gift of a last name to her. Browning's piece emphasizes the control and jealousy that men had toward women during this time. Dante Gabriel Rossetti's "The Blessed Damozel" sheds a light on the expectation for women's lives to revolve around family and marriage. In his poem, he describes a woman looking down from heaven and weeping because her lover has not joined her yet. The misogynistic overtones are not lost, as it's quite absurd to assume that a woman in literal heaven would be sad over anything, especially not having her husband with her. Even the women in this age were perpetuating these gender norms, including Sarah Stickney Ellis, who wrote an entire book on appropriate social roles for women - a sort of book of conduct - to warn them of the "moral dangers of becoming idle" (Austin-Bolt, 2015). Women also subscribed to the idea that if they were not married by a certain age, they would become spinsters and undesirable, as we see in Mary Elizabeth Coleridge's "The Other Side of the Mirror" and "The Witch," in which she describes a woman with fleeting beauty and desperation, and as if her life as a single woman has been a long and hard journey that has made her weak. 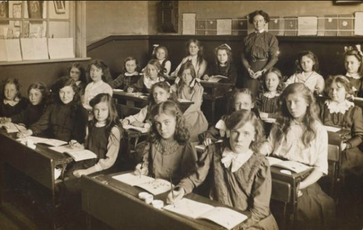 Although women were previously taught skills relevant to housekeeping, middle-class women began receiving education to acquire new "accomplishments," as they were called then, as it was believed that "A woman must have a thorough knowledge of music, singing, drawing, dancing, and the modern languages … ; and besides all this, she must possess a certain something in her air and manner of walking, the tone of her voice, her address and expressions" (Hughes, 2014). The goal of their education was still not to provide them the same knowledge or career skills in which men were provided, but rather to teach them how to behave in a proper, feminine manner. 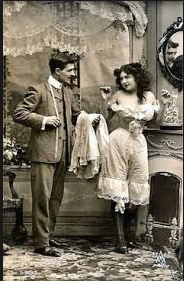 Sex was a conflicting subject for women in this era, as they were expected to remain chaste until marriage and were presumed only to desire marriage for reproductive reasons, not for sexual desires. On the contrary, while some men chose to remain chaste until marriage, most men were expected to engage in sexual activities with prostitutes. This contradicts the strict and taboo sexual expectations of women, as men were expected to have sex with women before marriage, yet women were expected to abstain from sex until marriage. It was also common for men to seek prostitution while married, yet women would have been chastised by society for adultery. It is clear that there was a double standard in the moral expectations of men versus women. This conflict is evident in Rossetti's "Jenny" poem, in which the narrator is engaging in sexual activities with a prostitute and feels pity for her, feels judgement toward her, and feels shame in his own immoral actions. At least in Rossetti's poem, the male narrator is aware of his immoral part in the act. This was not common with the double standard that existed in Victorian society.
​Not only did this cause moral conflicts, but it perpetuated the idea that women, although sexual objects to men, did not enjoy sex or desire sexual pleasure. Perceptions of this changed later on throughout the Victorian era and many began to write about sexual taboos, including the female sexuality and even homoerotic sexual relationships. In James Joyce's "Penelope" (from "Ulysses"), Molly, a married woman, describes her adulterous experiences and goes into explicit details about sex and genitalia, asserting that just because she is a woman doesn't mean she should be embarrassed at the thought or mention of sex or sexual anatomy. This piece is very open about a woman's desires and sexual pleasure and disproves the notion that women simply go through the motions of sex for reproduction or to please their husbands. In Katherine Bradley and Edith Cooper's (pen name Michael Field) "Maids, not to you my mind doth change," lesbian sexual relationships are discussed, and the women assert that relationships would be better off without men. We also see literature about sexually fluid relationships in Algernon Charles Swinburne's "Hermaphroditus," in which he implies having sex with both men and women. These sexually taboo expressions challenged the conservative social and gender roles in Victorian England and paved the way for Modernist views, although some of the conservative beliefs about gender and sexuality remained throughout the later eras, which one can see even in Postcolonial writing.
References:
Austin-Bolt, C. (2015). Sarah Ellis' "the woman of England": Domestic happiness and gender performance. Nineteenth Century Contexts, 37(3), 183-195).
Hughes, K. (2014). Gender roles in the 19th century. British Library. Retrieved from https://www.bl.uk/romantics-and-victorians/articles/gender-roles-in-the-19th-century
Kopyra, A. (2016, Sep 8). Women in victorian England [Video file]. Retrieved from https://www.youtube.com/watch?v=kYHsYBa-tGQ